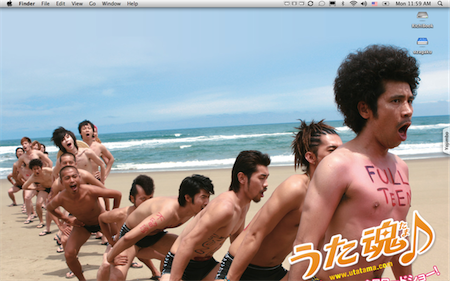 Here’s a desktop for your Mac/PC of Gori’s new film, “Utatama,” which opens in theaters nationwide in Japan on April 5, 2008. “Utatama” also stars Kaho as a chorus student who doubts the “coolness” of it after being told that she looks like a salmon when she sings (you’ll have to check out the trailer to see what that means). There are three different wallpapers (with more to be added later) to download (click on the floating link to the left of Kaho that reads in Japanese: ダウンロード). (Via 壁紙fan!)